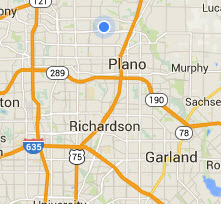 I have returned from my 6-month contract in Raleigh, NC, back to my home in Plano, TX. I’m happy to report that I completed the trip without rearranging any sheet metal or breaking any glass. I did have one minor mishap, though. My truck bed was filled a bit too full. I had to sit on the lid to fasten the locks on the tonneau cover, and as a result, they both failed. One bent to the point it came loose, the other broke off completely. Fortunately, it quit raining about that time, and I made the rest of the trip home with the lid held (mostly) down with a heavy-duty bungee.

Once I got home, I saw that the lid, which is basically vinyl-covered particleboard, has warped, which probably increased the stress on the locks. I will need to address that problem eventually, but for now, it’s not urgent. I’m not in a big hurry to replace it, especially since a new tonneau cover would set me back somewhere in the neighborhood of a thousand dollars.

I’m happy to be back! As I mentioned in a prior post, Raleigh, NC is nice enough, and Qualcomm is a good place to work, but it isn’t home.

Yesterday, I had an interesting interview with a company in the financial services software business. The recruiter said the folks there liked me, but for a variety of reasons, I decided to pass on that position.

I have decided to resume my violin/viola teaching on January 26th, which rules out any more road-shopping for a while.

I have also landed a part-time software development contract which I hope will work out well. If all goes to plan, I will start that next week. I consider it to be high-risk (it’s a start-up), but it looks like it will be challenging and fun. It’s also 100% telecommute — a virtual company — which will be sort-of a first for me. I have done some short-term freelance projects on a telecommute basis, but this is the first time I will be working for a completely virtual company on a contract that may last more than a couple of months. I’m hoping that it works out long-term.

The more I think about it, the more I’m convinced that telecommuting is the most economically viable option for a knowledge worker such as a software developer. OTOH, I realize that going to an office every day might have some advantages, especially if it involves working on some specialized or proprietary hardware.

We’ll see how I feel about that after a few months of telecommuting on my new gig. I have an NDA with the new company, so I will avoid mentioning its name at this point.