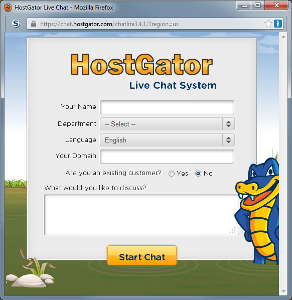 I no longer use HostGator. But I don’t dislike them, in fact they are probably the best hosting deal you can get for a single, small site.

Not long ago, I write this article praising HostGator. Up until that point, I had no personal reason not to like them. I knew that they had been (silently) taken over by EIG, and I had been warned that the modus operandi of EIG was to (silently) buy out as many of the mega-hosting companies as they can (the current body count is over 50), move everything to cheaper hosting, overload the servers as much as possible, and layoff a substantial portion of the support staff. Then bleed the host dry.

Since I had received very good support from Hostgator even after the EIG takeover, I didn’t really take all of the scare stories all that seriously. After all, my sites worked ok, mostly, and I really did get pretty good support.

I figured that the reason that I was getting pretty good support was that I take quite a bit of care composing my trouble tickets to give the tech as much information as I can. Or maybe somebody in the HostGator management was trying to stem the tide of negative reviews.

However, the last few support inquiries didn’t live up to my expectations. Support ticket turnaround started getting noticeably longer. On one occasion, I sat on hold on my cellphone for over an hour before getting to a support tech. That wasn’t really enough to make me switch, though. In fact, there wasn’t any one factor that caused me to leave HostGator, but several.

One of the more important factors was a post from member of a hosting forum that I follow. His post was quite informative. Actually, it was stuff I really mostly knew already, but just hadn’t put 2 and 2 together. He went over several of the problems with “shared” hosting (of precisely the type I had with HostGator). The most important of which was security.

You see, if you have shared hosting, and any one of your add-on domain accounts gets hacked, it may be possible for the hacker to get control of all of your domains. This is because a shared account has a single Linux user account. Once a hacker gets to that level, he has access to everything on that account.

If you have a reseller account, each domain is hosted on a separate Linux user account. This makes it much more difficult for a hacker to get everything you own, because he has to hack each user account separately.

Security is definitely a concern for me. I have been the victim of several minor hacks — fortunately caught and fixed quickly (and I keep backups). The idea of having to mop up all the sites I own was pretty frightening.

So, I decided to look into getting a reseller account, even though I did not intend to resell hosting. HostGator has one, so that’s where I looked first. About that time, I got a recommendation for a hosting service that was not part of the EIG empire — a glowing recommendation from a person I know and trust.

So, I also checked out D9Hosting, and found that it was competitively priced, and it had some other really great features, including one free domain name (worth about $10/yr), and a free domain reseller plan (for which I had been paying $200/year to another company). So, based on the glowing recommendations, and the possibility of saving a lot of money, I decided to check them out.

First thing I did was submit a support inquiry. It was answered in less than 5 minutes. So far, so good. When I poked around a bit more, I discovered that the guy who answered the support ticket was one of the founders of the company. Color me impressed. I entered another, asking about the chances of getting gobbled up by EIG. His reply was that he and his co-founder worked daily in the business, they liked they work, they were making a very comfortable living, and they had absolutely no interest in selling it to anybody. Plus, he opined, EIG appears to be interested only in acquiring mega-hosts. D9 has about 20,000 active accounts, and the mega-hosts that EIG has been scarfing up each have several million accounts.

I signed up for a reseller account (they had a limited-time money-back guarantee, and the first month was only $2.40), and started the process of transferring my domain hosting to D9. I was going to let D9 do the heavy lifting (they offered to transfer all of my domains for free), but there were some snags on the HostGator end.

Turned out that the “unlimited” hosting at HostGator really had some significant limits — one of which make it impossible to back up one of my accounts for the transfer. So I decided that I would sign on for the learning experience and do the transfers myself.

In the process, I identified one of my very “small” sites wouldn’t back up because the backup script (BackupBuddy, which I have used quite a bit, and highly recommend because it greatly reduces the time and effort needed to migrate a website to a new host) kept timing out. HostGator support was not particularly helpful. They just said that the time limits were there to prevent anybody from hogging too many resources, so I needed to reduce the size of my site. I did manage to get a good backup by lucking out at a time when the server load must have been a little lower.

When I restored the backup to D9, I noticed something really different. The restore took less than 5% of the time that the backup had taken. Hmmm… Just for grins, I did a backup of the site on the D9 server — and that backup took about 5% of the time on the HostGator server. Wow.

I went in and did some investigation (which I really should have done before I did the HostGator backup — it would have saved me some grief), and found that my simple little static WP site had a FOUR GIGABYTE error log. No wonder the backup was pushing the 16-minute script limit at HostGator! Still, D9 was able to do the same backup in under a minute. When I deleted the error log, the backup time came in under 10 seconds. That’s an enormous difference.

I also went back to D9 support several times (both live chat and email support tickets), and found that they were still very responsive even after the sale.

So D9 was obviously a lot more value for the money, in several ways. After I got several of my sites migrated, I went back to check loading times, and all of my sites loaded faster than they had before — and not just a little bit faster. Since load-time is an important factor in Internet marketing, anybody who is trying to make money on the Internet should probably avoid HostGator completely, and go with an independent outfit like D9. On the other hand, if you just want to run one small site for a local club or group, HostGator is probably still the best deal available.

The migration is complete now (including this site), and I’m very happy that I made the move to D9Hosting. Oh, and I decided to upgrade to a higher-level reseller account to more comfortably handle my 50+ websites and allow for some future expansion. If that’s not enough, there are several upgrades still available.

One thought on “Bye-bye, HostGator”